Smite gaming community is getting bigger and bigger, and you should check the Smite Tier list for the new season! Smite World Championship is still ongoing with a $1,000,000 prize pool, which is unheard of! Players are getting better and better with each tournament. Luckily Hi-Rez Studious continue to add more characters in this game. Otherwise, it would be game over. The best players would learn how to play the few best characters, and no one would stand a chance. But with these new characters, there are still chances for me and others to improve their game and enjoy it more.

Currently, there are nine tiers and judging b their latest press release. I highly doubt they will add any tier anytime soon.

Tier SS is the strongest tier, and tier D generally has the weakest characters.

All of the tier SS characters are extremely powerful. All of these can be in any team also with any comp and to carry in SMite alone. Only select few gods ever reach SS tier.

Characters in tier s+ are gods and also extremely powerful; they are usually the first picks!

All characters in tier S are decent, but they are, of course, less powerful than characters from tier S+, but again, these gods frequently used, and if you can, I highly suggest you choose one of these gods.

Characters from tier A+ are also heavily picked. They are definitely, not the strongest gods, but they are still definitely safe and valid picks. I know a lot of pro players who like this tier a lot. They are mainly used within the standard meta.

Characters from tier A are mostly used in modern meta. I am not going to say that they are useless; they have their use. But they are not optimal picks in my eyes, and I don’t recommend them.

I have mixed feelings about characters from tier B+. They are powerful, but it is quite challenging to play well with them. I suggest this tier to only highly skilled players.

All characters in tier B require highly skilled players to succeed. But in comparison to tier B+, they offer fewer payoffs.

If you are playing competitively, definitely do not ever use tier C characters. Yes, they are sometimes used, but rarely in competitive play, and if they are masters of this game, use them.

I am just going to say it out loud. These characters are trash. I would never consider any of these gods for competitive play.

Ok, so now you should know everything about tiers in Smite, let’s check out the tier list for the lastest Game Truth season down below this.

There are five primary roles:

They are mostly used by Mages and Warriors, who have powerful poke or clear. The primary role of these Mages and Warriors is to have a “tank” like build with decent damage. So they can poke the enemy at all times and also pair with the Jungler at the same time.

Mages mainly use this role, but these Mages have to have strong, clear, and preferably even strong utility. Their primary focus is to rush and clear the middle fast. They should also be on high alert, to they can also alert their team if the opponent’s Mid leaves the lane. And of course, it is preferable if they can also support the jungle.

ADC role is mainly for Hunters, but there are also other characters that you can use, but in competitive space, this role is for Hunters. ADC player usually works with one more player, who sets the trap, and the ADC player can quickly deal with a touch of death to the opponents.

Usually, you will see the Guardian in this role. Guardian often carries the ADC in their lane. And they wait till ADC gets more power throughout the game.

Assasins mainly play the jungle role. They are usually helping in Mid lane and also in a solo lane. If you are playing against decent opponents, this is one of the hardest roles to play. But if you do it right, you can help your team a lot, especially if you kill all the creatures in the jungle, to help your teammates. To play this role properly, you need to know your way around the map.

These roles can change, depending on who you are playing with and also depending on your and their skill level. But generally speaking, these are the leading roles, when there is a competitive play.

There is no best or strongest god in SMITE. This is unfortunately not as simple as this god is more powerful than the other ones; there are so many more things that need to be taken into account. Just take a look at this Smite Tier list I have shared with you. When the new smite patch comes, there will be introduced new gods, and the old ones will receive nerfs and buffs. This game is still evolving and changing, with that also god Ranks change, and once they do, I will update this article! 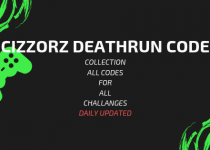 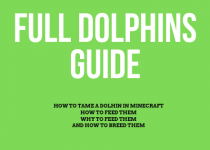 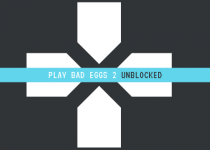