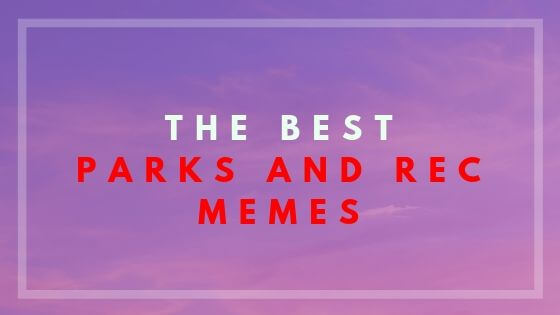 Finally, the day has come, I can finally share with you the best Parks and Rec memes. I was gathering these memes for quite a while. And finally, the article is here. Hopefully, you are also fans of this show, if not, definitely give it a try. In my opinion, this is the best sitcom that has ever aired. Some people might say that he is one of the underrated tv shows also. I want to thank with this article to everyone from the cast. I have so many great memories from this Tv Show. You are my stable in my Netflix chill.

Collection of the best Parks and Rec Memes

Within this video, there are over 29 awesome memes, that will light up your mood instantly. Even though I have not these 29 pictures my self, they are freaking awesome.

Saw this meme and made me think of April and Andy from Parks and Rec pic.twitter.com/TIFtDL1Gxk

I collect fun theological memes, so just wanted to share this meme of an actual Parks and Rec moment just in case anyone ever happened to find it useful. I can’t possibly foresee why anyone would ever need to use this, but on the off chance someone did, here it is. 😜 pic.twitter.com/tPETp8dzPd

It has come to my attention that thorough knowledge of a show’s memes is no substitute for actually watching the show itself.
With that, I have made the brave decision to stop rewatching the Office for a moment and finally give Parks and Rec its fair shot. pic.twitter.com/rJRfLETz0d

I can completely understand if any of these is not as funny for someone who did not watch this show. But I am dying over here. From this show are the best memes online, I swear. So far, I did not found any other tv series, which would generate as many funny images like this show.

Hopefully, you have enjoyed all of these Parks and Rec memes. If there is another meme that made you laugh till you cry, please, hit me up and send me that photo. I would love to see that one. Also comment in the comment section below, which meme you liked the most.