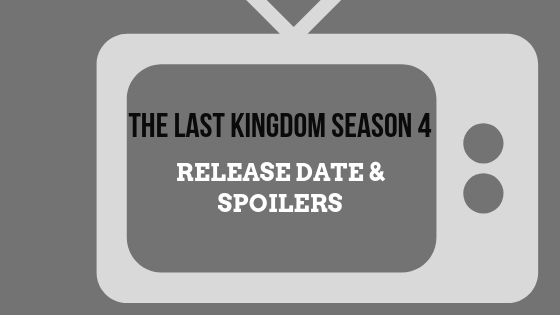 Are you ready for The Last Kingdom season 4? I am, I can’t wait till they air this the first episode. I will share with you here everything you need to know about this upcoming season 4 of the best historical drama tv show. I am so glad that this Tv Show based on The Saxon Stories got a chance and will air the 4th season already.

When is the release date for The Last Kingdom Season 4?

There has been a lot of speculation about this season airing in late 2019. But this July Netflix has confirmed that the season won’t air till early 2020 or maybe even later, which is, of course, a piece of sad news for all its fans. But I am sure that we will all wait till the release The Last Kingdom Season four. I don’t know about you. But I am hooked on this show.

What will be The Last Kingdom season 4 about?

During The Last Kingdom, season four, there should be a lot of new characters with this season. Netflix has already announced that it will follow the novel carefully. So we are all waiting for this fantastic treat.

Will be The Last Kingdom season 4 free to watch?

That depends. Even though they would be streaming mainly on Netflix, there is also a good chance that The Last Kingdom season 4 will also be available to watch on Amazon. And if that happens, I will write here or within a new article a simple tutorial on how you can view this show for free and completely legally. But for that to happen, the show has to be also released on Amazon. At this time, these are just speculations, but hopefully, it will end up this way. If not, I will try to hook you up with a Netflix discount code.

So far, no trailer for this upcoming season was not released. But once they do, I will immediately post it in this article for you. So far, the only news I have that they are shooting a lot during the night. This season should be even scarier than the previous one.

Is it true that the season four was canceled?

Yes, this is very true. In April 2018, BBC canceled this show. Luckily Netflix picked it up. And we are now patiently waiting for season four, which will blow our minds. I honestly can’t wait. I have also heard that The Last Kingdom season four, episode one is going to be the best episode that they have ever aired.

As I have mentioned earlier, if the Netflix truly stays on the timeline of The Pagan Lord and the following series. This season will jump ahead almost a decade. If they indeed do that, they will need all new actors almost. Gisela and other kids from the tv show should be adults in this upcoming season.

Alexander Dreymon not only that he should be greyer, older, and meaner. He should return home as Uhtred of Bebbanburg. At this time, he should have a strong alliance in the kingdom, which makes this a perfect time for him to attack/challenge his uncle, Aelfric.

It is more than evident from this article that I am a massive fan of the show. But I believe that almost no one realizes that Netflix took over the show. And I can’t possibly know how much you have been all enjoying lately the new shows from Netflix, but I very much do. And I believe that The Last Kingdom Season 4 will be a game-changing season not only for this show but also for Netflix in general. They have set the bar so high lately with their production. I genuinely think that these upcoming episodes will blow our minds. Don’t get me wrong. I truly liked it up till now. But what is about to happen is going to be, indeed, the next level. I said it a million times, and I will repeat it. I can’t wait!

Share your thoughts about what is going to happen. And share with us what is your favorite character from the show.