How old is Lil Pump, became very used phrase after he released his song Gucci Gang in late 2017. This video exploded with over 600 million views within five months. This 17-year-old kid became more famous within five months than most rappers in their whole carrier.

His real name is Gazzy Garcia and was born August 17th, 2000, in Miami, Florida. He was exposed to hip hop culture at an early age, and by that, I mean young. Because he is still a teenager. When he was 13, he met with Omar Pineiro, who you might know by his nickname Smokepurpp. They made few collaborations together, and he was a significant influence for him. It was good and evil because he helped him with his music. But on the other hand, he exposed him to more violence, etc. Lil was expelled from high school in 10 grade for fighting and being part of and riot. 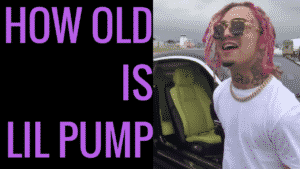 And it did not end there. Earlier this year, he was arrested for using a weapon in an inhabited place. But only one who is in trouble is his mom, because after this police issued a warrant to search their house. They have found an unloaded handgun and ammo in the house. At the moment, his mother is under and investigation for enabling danger to a miner. All because of an unsecured handgun in the home.

Hopefully, his mom won’t get into much trouble since he is still a teen, and he has a brother.

Lil Pump, at 17 years old, accomplished more than most rappers in their whole life. His most famous video clip is Gucci Gang, with over 607 mil views atm. He has another two clips on youtube with 100 000 000 views, which is insane. On his youtube channel, he has close to 6 million subscribers. His twitter @lilpump has over 886 followers, and he posts almost daily. But what helped him to get so much viral effect in the last few months is his Instagram account, where he has over 10,5 million followers. On average, his posts get around 2 million likes, which is just bananas. If he posts a video, there are usually around four mil views. 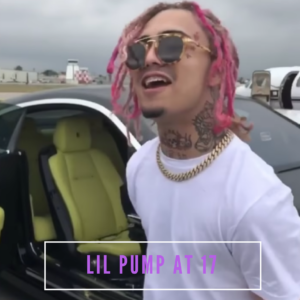 Seventeen years of age and he has over a billion views on youtube account, which is not even three years old. And he is also close to 1,5 mil on facebook. This is the main reason why Warner Bros signed him, and this kid is viral on so many platforms.

By the way, the deal with Warner Bros was nothing less than an 8$ million contract, and that is just for one album. Before this deal, his estimated net worth was just below 3 million dollars. This is the main reason why he dropped out because he was accepted into HU. But he wanted to save the rap game instead and make millions by doing that.


Hopefully, he won’t get in any trouble, and his career will skyrocket, but it is hard to say if it happens. When he is posting photos of himself holding 1 kg bag of weed, click here to see the picture.

If you want to see more crazy stuff from this kid, follow his snap chat @LilPumpJetski