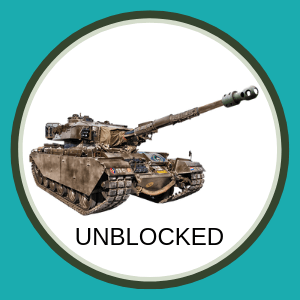 If you want to play Tank Trouble unblocked, there is a link to this game in this article. You can play this game on pc, android, and even iOS devices. If you are in search of unblocked games for school, click here. Because this is not the only game you can play and also though it is one of my favorite games, there are many other games, which are fantastic, and you can play them at school or work even though they should be “blocked.” Luckily we have a way around it, so if you want to play, now you can!

You can play the full version of the game here:

What is this game about

Tank Trouble unblocked is the same version as tank trouble, there have been only slight edits, which were for you so you can connect to this game, other than that it is 1:1 replica. This is a shooter game with a tank, which is quite apparent from the title. This game was programmed almost ten years ago by Danish Mads Purp. This game was so highly popular within the community of gamers who love shooter games. This is one of the reasons that we have an unblocked version of this game. There is not that many of these, but so many players were addicted to this game. That someone coded unblocked version for all of you.

Your main goal in this game is to drive while avoiding bullets. Like many other games, this is killing first or get killed, and your mission is to destroy your enemy tanks before they destroy you!

How many players can play Tank Trouble unblocked version

Even in this version, you can play with up to 3 players on the same device. If you are playing a single-player, your controls are just arrow keys to move your Tank. And M button to shoot. If you want to see the controls for all players, you have to go to settings, because it changes with the number of players. But don’t worry, you don’t need any extra mouse, keyboard or some gamepad. Three players can play this game on the same console since you need only five buttons to control your character fully.

Which mode to play

Like the original version, unblocked tank trouble has three modes — single player with Laika and also two players and three players mode. In the single-player mode, your main objective is to destroy the enemy tank, which is driven by a dog called Laika. Even though you are playing against the pc enemy, it is quite hard to come out from this game as a winner. But before you get to Laika: you have to go through the map. The map will look more like a maze than a map. During that time, you have to avoid bullets and destroy enemies

How to play multiplayer

This is the only disadvantage of this game. If you switch to multiplayer, you will lose the arrow and m controls, which are quite easy to control. In multiplayer mode, you have to share the mouse and keyboard with your opponents.

Player one will be playing with controls E, S, D, F, which will replace arrows and Q button to shoot. Player 2 will have arrow keys to control his Tank and M to shoot, which might sound like a good idea, but if you are in 3 player game, you don’t want to sit in the middle, because even though the controls are better, overall it is not worth it if you sit on the side even with worse controls. You will have a lot easier time to play because you will have a lot more space for yourself. And the third player controls his Tank with mouse movement and left mouse click to shoot bullets.

How to beat your friends in tank trouble unblocked

First, as I have mentioned, choose the better options to control your Tank. If you are in a two-player game, play as a player 2, because you will use arrow keys to move around and “M” to shoot as in a one-player mode. But if you are in the three-player game. It is a lot better to sit on the site than in the middle. And playing this game with a mouse is quite a bad idea, so in three-player games, play as player 1.

Within the game, they will appear special bullets, be the first one to grab them. Also, within this game, there is a quite good chance that you might kill yourself. Before shooting, try to estimate the trajectory of the bullet. It is quite stupid to die by your shot.

If the bullet is coming straight at you, you can lean towards the wall on both sides if you learn that correctly you can avoid those bullets this way. Also, you should keep in mind that every time you shoot in tank trouble unblocked to a corner, that bullet can and will travel back in the opposite direction. Please keep that in mind before you shoot, because if you don’t, it might lose you a game.