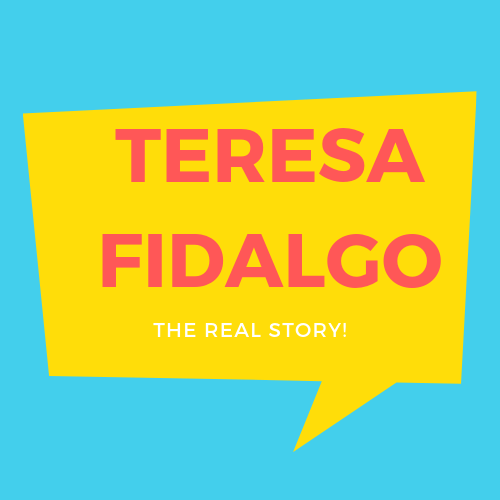 Have you ever seen this on your Facebook feed from one of your friends or maybe on your Instagram feed? I even saw this on twitter a few years ago. And I know for sure that this video went viral on Youtube with several million hits.

Does this sound familiar? This quote has been spammed so many times all over the internet.

Of course, you can search for Teresa on Google. Even bing will provide you thousands of results for this search term.

Who is the author of Teresa Fidalgo

The author of this is a Portuguese content creator David Rebordão. He had a viral video called “A Curva.” And here, the story of Figaldo begins.

This video was shot in early 2003 when David R. and several of his friends went for a ride. To look at a few places, if they could shoot several scenes for his upcoming movie, which was supposed to be called “Virus.”

During that night’s car ride, they see a hitchhiker, and they decide to give her a lift since it was an early night. Later on, they find out that her name is Teresa Fidalgo.

The video was recorded only on black and white film, which is quite convenient for this kind of story. Especially when they were talking about ghosts just a few seconds, they pick her up. They made few edits in adobe premier to make it look like something paranormal was happening.

She doesn’t talk much in the video. But after they ask her a few times what has happened to her. She points out to a spot in front of them on the road. And she told them that she had there an accident and that she died that night, right after that that they point a camera at her face. Her face is bloody out of a sudden. Right after seeing her bloody face is a quick cut in this video footage. After the cut, the video is showing the car upside down. And the car is wrecked.

And this is just one of the many stories that were going on through social media. For the older readers, do you remember how many similar stories landed in your email, that you have to resend it gazillion friends to survive? Well, the story about Fidalgo is just one of those stories, but someone and by someone, I mean David, took time and made a compelling video for this.

Still not convinced yet?

If your common sense did not stop you from panicking, there was a teenage girl ghost who has supernatural ability to haunt people. Haunt people through social media, you would know about this by know. And if that is not enough for you. Even the director himself, David R., has admitted a few years ago that this story is entirely fake.

Many people in the industry told several news outlets that they couldn’t believe that this story went for such a long time. Usually, posts or stories like this don’t have the longevity as this one had. In my opinion, it is solely only due to the scripted video they made. If I was alone at home at night, I might get scared a bit, while watching a video.

My personal experience with Teresa Fidalgo

I have seen the post at least 100 times, and I am not overestimating. Mostly on facebook and I have read several different versions. According to all of the texts I have read. Teresa would have to kill my whole family and most of my friends years ago! And guess what? They are all well and healthy. Which thank god is the case. I am pleased that everyone from my family and my close friends are healthy and doing well. But that has nothing to do with Fidalgo. I hope that I will see no more threads on forums about this. Too many people are freaking about this hoax. Just think for a minute. The earth is not flat, and only because you won’t share the same text on 20 photos is not going to kill your mom or haunt you in your dreams!

Over the years, I have seen quite a lot of people asking on Facebook groups, etc. what to do, that they have received one of the messages that were common with Teresa F., and they were freaking out. I don’t get it. Because when this has happened on FB, I was able to look who is that person. Who is asking such a “stupid” question? And most of them were adults in their mid-twenties or even thirties. I would understand if a 13-year-old would ask this question. But a grown man or a woman? I genuinely do not understand that.

And what is your personal experience with this Teresa Fidalgo hoax? Share with us your experience in the comment section below. What version was sent to you, and on which platform? Did you freak out? Or did you google it? I would genuinely like to know your opinion, and also, how do you think this hoax survived so many years?

2 thoughts on “Who is Teresa Fidalgo – The real story!”