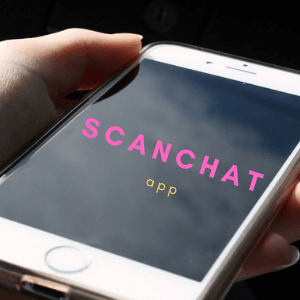 Scanchat became quite popular mobile app a few years ago. Unfortunately, as of today, it is only available on iTunes for iPhone and iPad users for five dollars. Don’t worry, and I got you all covered. I have found the app for both Android and iOs users for free. So you can save 4.99$ and buying something beautiful for your self on the wish app, which is also free. If you go here and read this article, you will learn how to save up to 70% on your order.

How to install ScanChat on your android phone

The first step to installing it on your android device is to open the phone and go to settings. I don’t know which version of Android you are running, but it should generally open in the networks tab. You need to go to general settings. Once you are in public settings, scroll down the screen until you see privacy settings. Then you have to choose Fingerprints & security. Once you open that scroll down again until phone administration, there should be an option called unknown sources. If you allow that one, you will enable the installation of the app from sources other than google play store.

If you don’t feel secure about that, you can download antivirus to your phone before setting this up and then enable this option, install the Scanchat and then do the same process, but this time disable, you will disable the option “Unknown sources.”

Step by step screenshot tutorial for you

Depending on your current android version, it could look slightly different, but the names of the settings should be the same and in the same categories.

If you are an owner of an iPhone or iPad, you should know your way around the settings, which I, unfortunately, don’t because I am an android user my whole life. Look at the android tutorial, and quite similar settings should also be on your iOs. Once my friend borrows me his iPhone Xs, I will update this article with step by step screenshots on how to install it.

After three paragraphs, it is posted a youtube video. From which I was able to download the Scanchat application, and so can you. This video is entirely new, and I glad that I have found it. If you are an iPhone user, you won’t understand, because you are still able to get the app for $4.99. But Android users aren’t. Yes, if you google this app, it will show you several results for google play store, but if you click on them, it will redirect you to a blank page, that this app is not available anymore.

About the app on iTunes

The app that is available on iTunes is marked as released on August 8, 2018. Which is true in a way, because this was the first version 1.0. Before this release, there was a beta version, which was used for almost a few years. A week later, after the launch, they have released version 1.1, where they fixed photo distortion, which has occurred in landscape mode. On August 26th of 2018, they had released 1.2 where they had fixed few bugs which were happening when users were publishing to a public folder. And the last update was released nine days ago ( on February 13th of 2019 – version 1.3), where they have changed a code a lot, but the app is running a lot smoother.

Unfortunately, the seller of this app, Daca institute LLC is not promoting this application, which is a shame. In this last version for iOs, when it is fully installed, it takes 47.1 Mb of your memory. The app also requires you to have at least iOS 8.0 or better, and it is, of course, compatible with iPhones, Ipads and newly with iPod touch. The primary language of the app is English, but you can switch to Simplified Chinese.

Anyway, the two apps that show up on google play when you search for this app were not original. First of all, they were called scan chat, and both of them had just a few installs before google play store disabled them. One had a 4-star rating and the second 3.5 rating, but only from a few users in total. So those apps being disabled is not such a bad thing. Because of the reviews I have found online, they were nowhere near the quality of the original Scanchat.