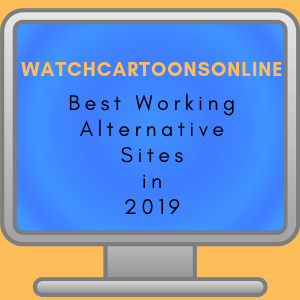 If you did not already know, I am sorry to tell you that the website watchcartoononline has been shut down. And yes, they have shut down this website permanently due to DMCA copyright notices. But don’t worry about this article. I will give you several alternative sites, which have the same content.

Even though there are several websites that look quite the same as the original website, and these are still online. None of them is as updated as the original site was. Which is kind of a shame, because I have never seen a more extensive library of cartoons online, they even had them in several languages, which is quite rare.

Btw: If you are not only a cartoon or anime fan. But also a fan of Indian tv shows, serials, and movies, here is quite an excellent article on where to watch these.

When was watchcartoononline.com shut down

The site pretty much disappeared from the internet back in May of 2018. Which was a quite devastating moment for a lot of users, because this was the number one site for most of the people are watching anime and subbed or dubbed cartoons online regularly.

But most users probably suspected that this site would eventually go down. There were Reddit posts all the time that the site stopped working… Pretty much every month and to the end almost every week, the site was down for a day or two. They were migrating from one hosting company to another, and in the end, they had to shut the place down.

The problem is that most of the sites still have anime, but unlike watchcartoonsonline, they don’t offer all the other cartoons, and especially, it is hard to find Dragonball z.

And don’t think this was the only site which disappeared. You might know sites like WCO, Dandymedia, or Spoyser because they are all gone too.

The number one site which is still working is Kisscartoon. If you are more of an anime fan, I would highly suggest 9anime, which is still working in 2019. Both of these sites generally have new episodes that come out within a day or to their website. And they have been around for quite a while. Yes, they are annoying because they have literally at least 3-10 pop-ups. But you can get rid of those if you are on your pc with only using Adblock plugin on your browser. But on the other hand, if you are visiting these sites on your mobile phone, you are not able to do that.

This is sometimes leading to quite bad things, I was reading reviews yesterday, and several users have reported the same issue. Users were being redirected several times to the site with viruses and sites like that. In several instances, users were redirected to a website with a loud ringing noise, and these redirects would now happen even though they are not on the site anymore. So if I were you, I would instead use a pc for that. I would stay away from other alternatives to these sites.

What to be aware of while visiting these sites

Because they are hosting their site outside us and essentially outside us legal reach, to stay away from DMCA notices. This leads to two things, the website speed is horrible, which would not be that horrible. But if you go to their site, they will use your computer via the browser to mine cryptocurrency, which is almost the best-case scenario. They use it because they are not able to monetize their site via Adsense or similar ad companies because they do not own the content.

But it could be worse if the administrators get greedy. But to be honest, sometimes they don’t even know that they are offering spyware for your computer on their site. The bottom line is that I miss Watchcartoononline like many other users because the alternatives that are available today are entirely wrong in comparison to the old website we all loved.